Do you really think you know what happened to the residential market in the 2nd quarter?

It is understandable that making predictions on the consequences of the pandemic crisis has become the new national trend. But this piece is not about predicting data that doesn’t yet exist. It's about something more basic: interpreting the available information with insight.

On September 22, the National Statistics Institute (INE) published the Housing Price Index for the second quarter of 2020. The most prominent data were:

Wasn’t the breakdown of the residential real estate business during the lockdown, however, potentially more significant? And did house values indeed continue to rise after we were out on the street again?

Let’s consider the month of April. I remind you that the state of emergency was in force between March 19 and May 2. Do you remember what was happening during that period? Let me help you: What, then, doesn’t quite fit?

INE accounts for housing transactions and their respective value based on information from the Tax Authority regarding the payment of the IMT (Property Transfer Tax), made on the date of the deed or on the previous business day. However, in Portugal, most of the transactions are preceded by promissory contracts, in which the transaction amount is defined and the buyer provides the seller a down payment. Typically, without prejudice to the possibility of extending deadlines, I would say that these contracts allow a maximum period of about 30 days until the deed when there is no bank financing involved, and 60 or 90 days when a mortgage is used. This means that, in most cases, the number and transaction values communicated by INE refer to deals closed (and partially paid), 1, 2, and 3 months before the transaction is registered. Being that, traditionally, the withdrawal of the buyer implies the loss of the down payment. Which, I presume, will have contributed significantly to "holding" many businesses in the 2nd quarter. In other words, the number of deeds fell by 35%, but, as you can expect in light of that particular context, the market dynamics- whose impact on the number of transactions is only partially revealed in the following months - will have suffered much more.

But isn't INE data reliable? It is. It is the most reliable you can access in Portugal. What is important to keep in mind is that, often, the month in which the transaction is registered, does not coincide with the date when the price was defined, sealed and down payed. None of this is new. But keeping this information in mind has never been so pertinent because, never before has there been such a radical cyclical change, in such a short period of time: remember that just two weeks before the state of emergency was declared, most Portuguese people lived in total normality.

The conclusion is that a significant part of the transactions registered in April, and some of those that occurred in May and June, must have been closed and partially paid for in the 1st quarter, before the pandemic crisis. And the reading of the data published by INE, be it regarding the number of transactions or the evolution of their value compared to the previous quarter, must be done taking these circumstances into account. In the same way that, in the event that the number of business deals skyrocketed in the 3rd quarter, it is perfectly plausible that the increase in transactions will only gain expression in the Housing Price Index report of the 4th quarter.

The other reality of numbers
Read more 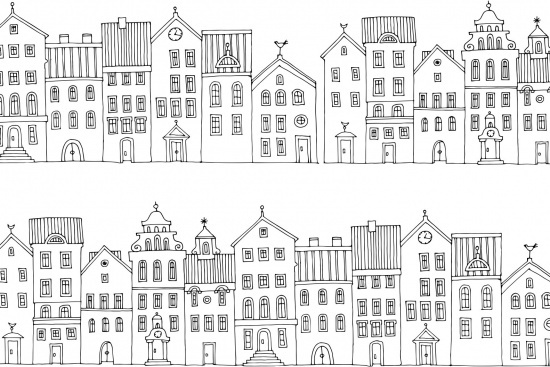